Since the beginning of the year, the Government of India has been producing for the first time large volumes of paper for its rupee banknotes through the Indian Central Bank. For this purpose, Voith supplied two complete production lines to Mysore – Bank Note Paper Mill India (Pvt.) Ltd., in Southern India. The scope of supply included the water mark wire workshop, cotton, stock and broke preparation and two paper machines as well as the entire finishing unit with two rewinders, three cross-cutters and fully automated packaging lines. The two paper machines have an annual capacity of up to 12,000 metric tons of banknote paper for the local market. To house the production facilities new facility were erected adjacent to the banknote printing works. Among other things the new lines will produce the base paper for the new 500 and 2,000 rupee banknotes. 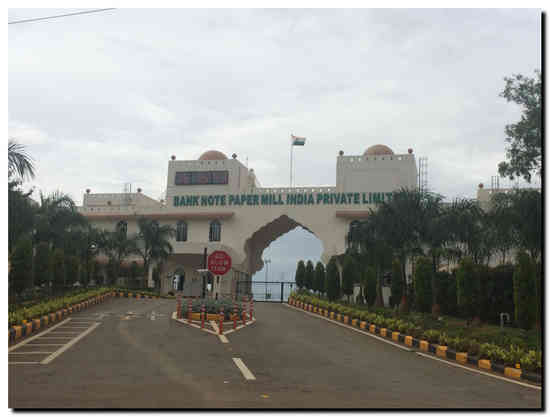 Thanks to the two machines in Mysore, India can now produce in its own country a substantial part of its requirement for around 28,000 metric tons of banknote paper per year. As the customer in Mysore did not have any previous experience in producing banknote paper, the necessary expertise was transferred by Voith through appropriate training and long-term support on site. This included the preparation of the embossing stamps for the watermark, the necessary chemical formulations, as well as the operation of the entire plant, up to the packaging of the banknote sheets. Today the Bank Note Paper Mill India runs the entire system very successfully and completely independent.

The first banknotes produced on the two production lines included the new 500 and 2,000 rupee notes. The Indian government took a long time to announce the issue of the newly designed banknotes. To curtail corruption and the black economy, all old banknotes with a value of more than 100 rupees were declared invalid virtually overnight in November 2016 and a deadline of the end of December was announced for exchanging the old banknotes. At the same time, banks were instructed to issue a limited amount of the new notes which now had comprehensive security features.

About Voith
For 150 years, Voith technologies have been inspiring its customers, business partners and employees all over the world. Founded in 1867, Voith today has around 19,000 employees and earns 4.3 billion euros in sales. It has locations in more than 60 countries and is one of the largest family-owned companies in Europe. As a technology leader, Voith sets standards in the energy, oil & gas, paper, raw materials and transport & automotive markets.

More in this category: « ANDRITZ to supply Thailand’s first bubbling fluidized bed boiler for thermal utilization of production residue from the paper industry Valmet strengthens its presence in Asia Pacific by opening new service center in Indonesia »
back to top