Aussie newspaper recycling among best in the world 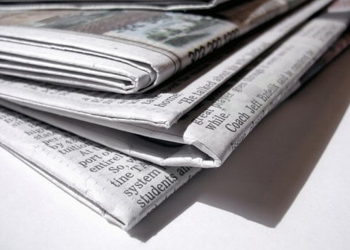 Some 78 per cent of all newspaper in Australia is recycled, a performance amongst the best in the world, according to a report published by the Publishers National Environment Bureau (PNEB).

The report also outlined that one of the success stories of Australian newspaper recycling has been the volumes of newsprint diverted from landfill. Since 1990, the amount of newspaper sent to landfills has dropped dramatically from 367,824 tonnes to 144,685 tonnes, that’s 39 per cent of the waste previously not recycled.

A statement from the PNEB says, “We estimate that the total waste stream to landfill has actually risen considerably over that time, from 12.3 million tonnes in 1990 to about 22.45 million tonnes in 2002 and close to double that in 2009.

“But the amount of newspapers has gone from 3.28 per cent of national landfill volumes to about 0.65 per cent.”

More in this category: « Metso to provide mill maintenance for Amcor in Australia SCA notches up 10 years in the Antarctic »
back to top