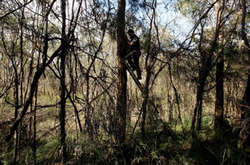 NEW regulation means invasive native species and timber by-products currently made into pulp for paper production, will instead be burnt to generate electricity.

Minister for Resources and Energy Anthony Roberts announced changes to the Protection of the Environment Operations (General) Regulation allowing two additional types of biomaterials to be used for energy.

Invasive native species, the tree heads and offcuts of trees cut for sawlogs and trees that might otherwise be made into pulp will be used.

“The new regulation is in line with the NSW Renewable Energy Action Plan to remove barriers to renewable energy production,” Mr Roberts said.

“The Regulation has been designed to ensure that there is no increase in the intensity of clearing or logging.

“Only biomaterial that is legally cleared in accordance with relevant approvals can be used to generate electricity.”

The move has drawn criticism from both the Greens and Labor who say they will seek to stop the action when the chamber resumes as it was an "attack on the environment".

Mr Roberts said the Environment Protection Authority (EPA) will require all private electricity operators to keep a detailed record of the amount of biomass they receive and burn and where this material comes from.

“The Forestry Corporation of NSW will publicly report on its website the volumes and areas where biomass is sourced from State Forests,” he said.

“This information will be reported on an individual State Forest basis, with the requirement to report formalised in the Integrated Forestry Operations Approvals (logging licences).

“Further, the EPA will audit this information, including using satellite imagery where appropriate to ensure environmental values are not compromised.”

“In addition to the significant environmental benefits these changes will bring, they will also help to support a viable biomass industry that will bring jobs and investment into Western NSW,” Mr Humphries said.

“Western NSW has abundant biomaterial resources which will lead to a range of commercial opportunities to use these resources for electricity generation.”

The Land reporters will be travelling to the State's Central West this week to get reaction from this announcement, interview Mr Humphries and to take a closer look at the Native Vegetation Act.