Downward trend in Australian wood chip exports was broken in 2013

The downward trend in Australian wood chip exports was broken in 2013 thanks to increased chip demand from Chinese pulpmills; China surpassed Japan as the major destination in the 1Q/14, reports the Wood Resource Quarterly

Australia, one of the world’s largest wood chip exporters, increased its chip shipments in 2013 after a ten-year low in 2012, reports the Wood Resource Quarterly. In the 1Q/14, shipments were close to the highest since 2010 thanks to high demand from China. Chinese pulp mills imported almost 30% of their hardwood chip import volume from Australia during the first three months of 2014. 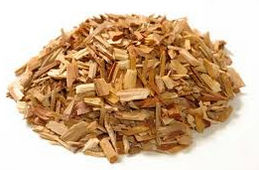 There is no lack of wood supply in Australia, rather it is the demand for chips from the export market that has changed. Exports of Eucalyptus chips reached a peak of five million tons in 2008, and fell to about 3.3 million tons in 2012, which is the lowest export volume since 2000. It is primarily the demand for chips in Japan that has diminished, and had it not been for China’s increased wood fiber demand, the picture would have been even bleaker for Australian chip exporters.

However, over the past six months, shipments of wood chips from Australia have rebounded and volumes exported in the 4Q/13 and the 1Q/14 were the highest quarterly shipments since 2010. The biggest reason for the increase has been China’s need for wood fiber for the country’s pulp industry. As the matter of fact, the 1Q/14 was the first time Australia exported more wood chips to China than to Japan, as reported in the Wood Resource Quarterly (WRQ). Of the total shipments of 1.2 million tons in the 1Q/14, about 50% was destined to China, while the reminder was shipped to Japan, Taiwan and, for the first time, to India.

The negotiated hardwood chip export price in Australia has fallen the past two years in both Australian and US dollar terms because of lower demand from Japanese pulp mills, increased availability of chip supply from Vietnam, and unwillingness on the part of Chinese pulp companies to pay elevated prices for higher-quality Eucalyptus wood chips. Chinese chip buyers are   currently paying about 30 dollars less per odmt for Eucalyptus chips than what Japanese chip buyers do, according to the WRQ (www.woodprices.com). Despite the lower price, export volumes to China went up in 2013 and were 85 percent higher than in 2012. In the 1Q/14, Australia supplied approximately 27 percent of China’s total import volume of hardwood chips, up from only seven percent during the same quarter in 2012.

Despite the encouraging outlook for increased chip exports to China and India in the coming years, the biggest challenge for Australian chip exporters is to be able to raise the prices for chips to China and to close the wide price gap with Japanese-bound chips.

More in this category: « Pulp turned into power SCA to float its joint venture in Australia »
back to top