Targeting even better availability and safety 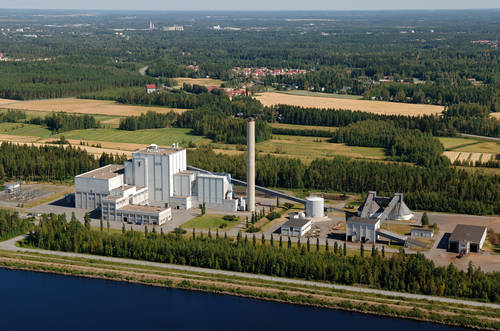 Vaskiluodon Voima and Metso have signed an agreement about an extensive automation retrofit at the former's power plant in Seinäjoki, Finland. With the investment, Vaskiluodon Voima replaces the automation system taken into use in 1989 with modern technology that further improves plant availability and safety.

"Metso offered a cost-efficient solution. Our choice of supplier was also affected by the fact that we have a long history of cooperation. The most recent example of this can be found at our Vaasa power plant, where we started up the world's largest biomass gasification plant last year for which Metso supplied automation. Additionally, Metso has a lot of know-how about similar update projects," says Mauri Blomberg, Managing Director, Vaskiluodon Voima.

As part of the investment project, the original automation system at the Seinäjoki CHP plant will be replaced by a Metso DNA system with nearly 7,000 I/Os. Metso will also supply an update to the existing reporting system as well as new automation for the fuel reception, water plant, auxiliary boiler and ash handling. Additionally, the delivery includes an Emission Monitoring application according to the new Industrial Emission Directive. In combustion control, new control methods are utilized to help the plant further improve its emissions control.

The turnkey delivery includes automation system engineering, system equipment, installation, testing, commissioning and training. New automation will be taken into use in August 2014.

"The change schedule is tight. The work starts in July and will be carried out during a five-week shutdown," says Heikki Mylläri, Sales Director, Metso. "The employment effect of the automation retrofit for Metso is high - altogether 11 man-years."

Vaskiluodon Voima Oy is equally owned by EPV Energia Oy and Pohjolan Voima Oy. The company produces power and heat at its power plants in Vaasa and Seinäjoki in Finland.

More in this category: « Metso to supply biomass-fired heating plant to Elenia Lämpö in Finland Green Energy Group orders Metso’s valves again for its geothermal power plant installation in Kenya »
back to top