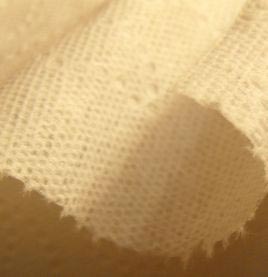 Suominen Corporation has on 4 August 2011 signed an agreement with Ahlstrom Corporation to buy its Home and Personal wipes fabrics business area. By the acquisition Suominen will grow significantly and will become a global market leader within nonwoven roll goods for wipes.

The value of the transaction is approximately EUR 170 million. The transaction will be financed by share issue and debt. Debt capital arrangements have been agreed upon with financing institutions. Shareholders that represent a minimum of 64 percent of the shares and votes have committed to advocate a minimum of EUR 85 million and maximum of EUR 120 million share issue in the Extraordinary General Meeting. The directed share issue will be carried out as a public issue with a subscription price of EUR 0.45 per share. The subscription price is based on the volume weighted average share price of trading between 17 June and 2 August 2011. Ahlstrom has committed to subscribe for shares by totally EUR 30 million and subject to completion of the share issue Ahlstrom Corporation will become the largest shareholder of Suominen.

”The acquisition will create a Finnish listed company that is a global market leader in nonwoven roll goods for wiping, baby care, hygiene, household and industrial wiping. By expanding geographical coverage and by our strong market position we may respond to our customers’ needs by offering comprehensive sales and product development resources and a more extensive product and service range globally”, comments Petri Rolig, President and CEO of Suominen Corporation. ”Our target is the long-term development of the business, which is supported by complementing professional skills and by strengthening competencies in technology and R&D.”

Subject to the transaction being completed by the end of October 2011, the net sales and profit figures for two months of the Home and Personal business and Suominen will be combined. The total balance sheet of Suominen is estimated to increase from about EUR 120 million to about EUR 330 million, of which the share of shareholders´ equity is estimated to be approximately one third. In the asset deal about EUR 40 million of goodwill will be transferred to Suominen, whereby the total goodwill in the balance sheet will be about EUR 60 million. An estimated EUR 2.5 million non-recurring costs from the asset deal will be booked in the income statement for the current year.

Subject to completing the asset deal by the end of October 2011, Suominen´s net sales in 2011 will increase significantly. Suominen has previously estimated in its interim report on 18 July 2011 that no major change from the previous year is anticipated in net sales for 2011. Taking into consideration the estimated result after taxes for two months of the Home and Personal business and the non-recurring costs arising from the asset deal, Suominen will not change its result estimate. Suominen has estimated in its interim report on 18 July 2011 that the result after taxes for all of 2011 will improve over 2010, but remain negative.

Information event
Suominen will hold a joint press and analyst event together with Ahlstrom in Helsinki today on 4 August 2011 at 12.00 p.m. Finnish time at Savoy, Eteläesplanadi 14. The event will be held in Finnish. Presentation material is available at Suominen´s website, www.suominen.fi.

More in this category: « Metso to supply board machine rebuild for DS SmithPaper’s Kemsley mill Voith Paper supports Norske Skog in achieving goals »
back to top