In 2015, the European paper industry’s performance in total was second best in the world after China, with a stable production and increased consumption compared to 2014. The packaging sector’s production continued to increase whilst graphic paper (newsprint, printing and writing paper) maintained its recent decline. This and other figures can be found in the Confederation of European Paper Industries (CEPI)’s recently-launched 2015 Key Statistics brochure, which gives a clear picture of the industry’s performance last year. The report includes data on production, consumption and the trade of pulp, paper and raw materials, as well as on energy and environment. 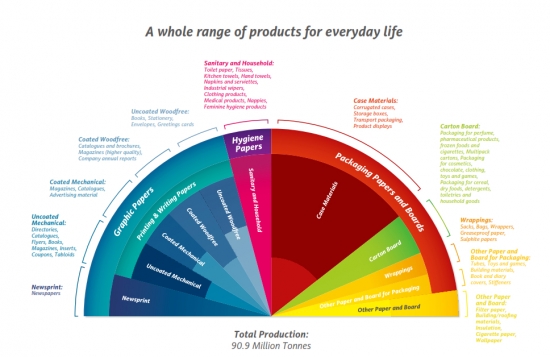 Here are the main highlights of the report:

-       The overall output performance of CEPI countries in total was slightly better than in most other major traditional paper producing regions of the world, with a fall in production recorded in all regions except China. Paper and board production decreased in Brazil (-0.5%), South Korea (-0.9%), the USA (-1.0%), Japan (-1.0%) and Canada (-7.4%). Production in China rose by 2.3% compared to 2014.

Ernst & Young issued a limited assurance statement on the data quality rating that CEPI carried out on its core indicators in the statistics report. You can download it as well as the Key Statistics report in PDF format from CEPI’s website at www.cepi.org/topics/statistics or request your own paper copy by sending an email to This email address is being protected from spambots. You need JavaScript enabled to view it..

More in this category: « Voith wins order to install a VariFlex winder at Stora Enso in Imatra Kuban Papir (Russia) has signed a contract with PMP for TM#1 wet-end rebuild »
back to top