2017 sees the final stage of EU MEPS, taking IE3 down to 0.75 kW motors. But it looks like this stage is far from being the last leg of the European Commission’s drive to cut energy. Further energy efficiency measures are being considered that could pack an even bigger punch.

The past five years has seen some significant changes in the world of low voltage motor efficiency levels, culminating in January 1, 2017 being the final stage for the European Minimum Energy Performance Standard (EU MEPS). You may be well-aware that from that date motors from 0.75 kW to 375 kW must conform to IE3 - or IE2 if fitted with a variable-speed drive (VSD). 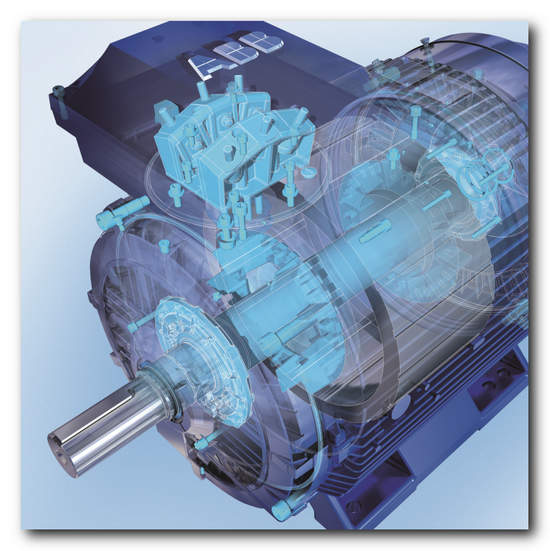 Yet the energy-efficiency landscape is about to get a lot more interesting. The European Commission (EC) is now focusing on the energy efficiency requirements of a power drive system (PDS) – which comprises VSDs and electric motors. It is even expected to target more extensive systems containing, for example, the load such as a pump. Here’s why.

The EC has some tough energy saving commitments that it must meet. It needs to hit its 2030 greenhouse gas emission levels with cuts of up to 40 percent compared to 1990 levels. It also has to reduce energy consumption by 27 percent by that date. The EC has spotted that by extending electric motor energy-efficiency regulations it could save a further 22.3 TWh per year across the European Union by 2030.

However, while final decisions and dates are still some way off, among possible policy options are to:

It is estimated that some 9.9 TWh/year, or 44 percent of the total being targeted, can be achieved by introducing an IE2 minimum efficiency level for three-phase motors rated from 120 W to 750 W. The intention is to include those motors integrated into products in an attempt to avoid loopholes. A similar measure for single-phase motors in the same power range will save a further 4.6 TWh/year. 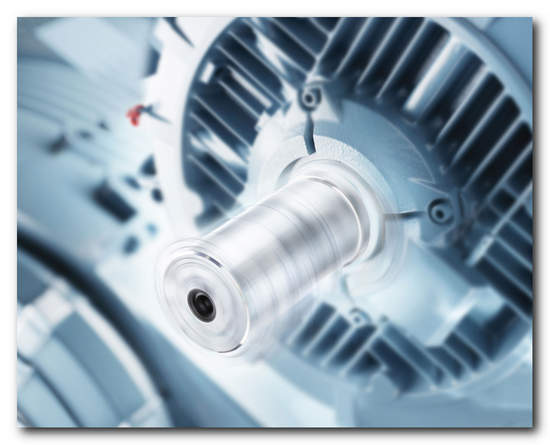 The EC is also targeting both low- and medium- voltage motors rated from 375 kW to 1,000 kW, with the proposal to make IE3 the minimum efficiency. Despite sales of these motors being relatively small, their high power ratings and long operating hours means the potential to save energy is significant. The annual savings from these measures would amount to 3.1 TWh for the LV motors and 1.1 TWh for the MV machines, according to the EC.

The EC wants to remove the current option of using an IE2 motor with a VSD, instead of having to specify an IE3 machine, for motors with ratings from 7.5 kW to 375 kW. This, it is anticipated, will simplify the regulations and market surveillance, as VSDs are not needed in all applications. For instance, with fixed loads, a soft-starter can be a better option. Removing the VSD+IE2 option will save an estimated 2.7TWh/year by 2030. There is even, for the first time, a proposal to bring VSDs within the scope of the EC’s mandatory energy-saving regulations.

The current EU MEPS regulation excludes certain motors such as explosion proof and brake motors. The EC wants to extend the regulations to include these motors. This will save an estimated 0.9 TWh/year by 2030. Brake motors will still be excluded if the brake is an integral part of the motor that cannot be separated for testing purposes.

Among those motors that are likely to be exempt from the regulations are DC machines with mechanical commutators; motors in cordless or battery-operated equipment; motors in hand-held equipment whereby the weight is supported by the hand during use (because high-efficiency motors tend to be heavier and this equipment tends to have shorter operating hours); and motors integrated into machines that cannot practically be tested separately.

“ABB fully supports and backs all the requirements related to high efficiency,” says Marco Veeckman, sales and marketing manager of ABB’s motors and generators business. “We see them as a good, positive development and endorse the Commission’s efforts. However, we understand that LOT 30 and the associated schedule for implementation is delayed, but that shouldn’t stop users getting up to speed with what the current regulations mean.

“With the regulations potentially extending to low- and medium voltage motors and PDS’, there is a lot to consider for users of motor-driven applications. It can be a confusing landscape with the regulations meaning different things to OEMs, machine builders, system integrators and end-users. It’s more important than ever, therefore, to align yourself with a reputable supplier. One than can answer questions like: Which motor is most suitable for your application? When do you need a VSD? Is your application dimensioned correctly? What is the optimum solution for your process or machine?”

While seeking the right advice can be critical, the simplest advice is to ensure you use a well-established motor supplier. The fact is that MEPS is a truly global issue and only those manufacturers with a grasp of all the subtle differences in the regulations are able to supply the right motor. “You need global support and advice as well as solid, reliable products,” argues Veeckman.

ABB (ABBN: SIX Swiss Ex) is a pioneering technology leader in electrification products, robotics and motion, industrial automation and power grids, serving customers in utilities, industry and transport & infrastructure globally. Continuing more than a 125-year history of innovation, ABB today is writing the future of industrial digitalization and driving the Energy and Fourth Industrial Revolutions. ABB operates in more than 100 countries with about 135,000 employees. www.abb.com

More in this category: « Inapa concludes acquisition of Papyrus France and divests of Switzerland Stora Enso plans to shut down one SC paper machine at Kvarnsveden Mill in Sweden »
back to top