She has been involved in associations of corrugated board manufacturers for over 20 years, first in Germany and then at the European level. Prior to FEFCO, she was the Managing Director of the German Association of Corrugated Board Industries (VDW) from 1996 until 2007. Her first professional experience was with the German Chemical Industry Association (VCI), where she executed various positions from 1980-1996.

During her two years mandate as chair of the EPRC, Angelika Christ will pursue the following goal: 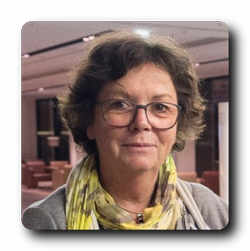 For further information, please contact Ulrich Leberle, Secretary of the EPRC and CEPI Raw Materials Director at u.leberle@cepi.org or by phone at (+32) 2 627 49 23.

The European Paper Recycling Council (EPRC) was set up as an industry self-initiative in November 2000 to monitor progress towards meeting the paper recycling targets set out in the 2000 European Declaration on Paper Recycling.

Since then the commitments in the Declaration are renewed every five years. In 2017 the EPRC committed to meeting and maintaining both a voluntary recycling rate target of 74% in the EU27 plus Switzerland and Norway by 2020 as well as qualitative targets in areas such as waste prevention, ecodesign and research and development.

The 2018 recycling rate was 72,3%. The environment (DG Environment) and industry (DG Grow) departments of the European Commission are permanent observers to the EPRC.

More in this category: « Metsä Board’s takeaway packaging achieves success in a Finnish innovation competition Paper and Board industry helps demonstrate safety of its materials in food contact applications »
back to top
Realizzazione CMS