Wood fiber costs for pulpmills throughout the US fell during 2016 and early 2017 with the price discrepancy between the Northwest and the Southern states narrowing, according to the North American Wood Fiber Review 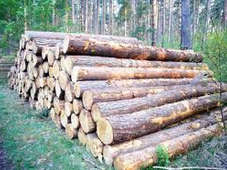 Wood fiber costs for pulpmills in the US Northwest have fallen faster than in other region of the US the past year, resulting in a more competitive industry sector, reports the North American Wood Fiber Review. Despite the recent price reductions in Washington and Oregon, pulp manufacturers in the southern states continued to have lower wood fiber costs than pulpmills in the Northwest, Northeast and the Lake States in the 1Q/17.

“Volatile” could best describe many of the North American regional market conditions in the first quarter of 2017! The volatility came in many different areas; adverse weather events, operation breakdowns, plant explosions, and idling, as well as uncertainties over looming trade policy decisions, according to the North American Wood Fiber Review (NAWFR). Wood flows across Canada and the U.S. northern tier of states as well as through the Pacific Northwest were impacted by weather–either too much snow (leading to transportation difficulties), or mild temperatures followed by early breakup.

The declining price trend for chips and pulplogs in the Northwest that occurred during 2015 and 2016 came to a halt in early 2017 because of uncertainty about fiber availability as a result of slowdowns in harvest operations. Over the past two years, fiber costs have declined by 13% in the Northwest and pulpmills in the region have become more competitive. In the 1Q/17, pulpmills had only slightly higher wood fiber costs than pulpmills in the historically low-cost US South. Pulpmills in the Lake States and the Northeastern states continue to have the highest wood costs in the US.

Wood fiber costs for pulpmills in the US South have also fallen over the past year, with average softwood pulplog prices being five percent lower in the 1Q/17 than in the 2Q/16. Prices for both softwood and hardwood pulplogs have slowly declined over the past four quarters to reach their lowest levels in three years.  With several planned pulpmill maintenance outages anticipated in the 2Q/17, fiber demand will remain muted in the coming months. Increased lumber production across the South will continue to generate additional volumes of residual chips resulting in downward price pressure on both chips and pulplogs in late spring and summer. For updated information on the 2Q/17 wood fiber prices and market developments in the US and Canada, please refer to the upcoming issue of the NAWFR.

The North American Wood Fiber Review (NAWFR) has tracked wood fiber markets in the US and Canada for over 30 years and it is the only publication that includes prices for sawlogs, pulpwood, wood chips and biomass in North America.  The 36-page quarterly report includes wood market updates for 15 regions on the continent in addition to the latest export statistics for sawlogs, lumber, wood pellets and wood chips.