After a little more than one year of operation, the greenfield pulp mill of Eldorado Brasil in Três Lagoas, Brazil, set three consecutive world records for daily pulp production in March 2014. 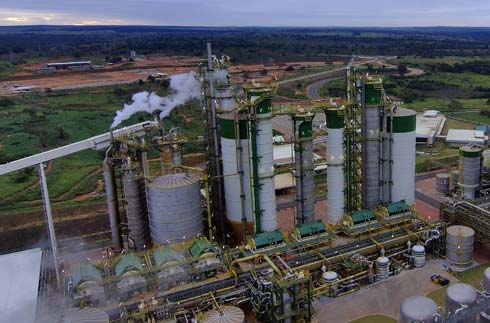 With annual production of approximately 1.5 million tons of bleached eucalyptus market pulp, Eldorado is currently the largest single-line pulp mill in the world. With this order, ANDRITZ once again confirms its leading global position as a supplier of complete pulp production lines.

More in this category: « International Paper Acquires Remaining Shares of Orsa IP Embalagens in Brazil Valmet and Klabin S.A. finalized the order agreement for pulp dryers »
back to top