The shredding of pulper ropes is a complex, heavy duty operation which has traditionally required the efforts of two machines. But when UNTHA shredding technology was approached by recycled paper manufacturing specialist VPK Packaging Group, the team soon proved that a single XR3000C waste shredder was single-handedly up to the task!

At international packaging manufacturer VPK, the environment is not an afterthought – sustainable operations lie at the heart of the business. The paper mill in Dendermonde, Belgium and Blue Paper mill in France, co-owned with Klingele Papierwerke, produce 900,000 tonnes of paper, per year, from 100% recycled raw material. 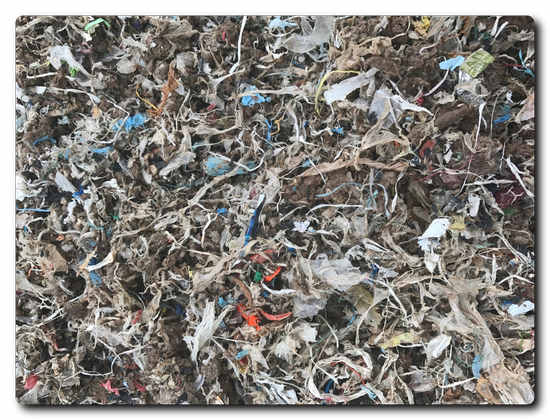 That is not to say that VPK’s paper manufacturing process does not pose eco challenges. The two sites combined produce approximately 65,000 tonnes of waste per year, including over 10,000 tonnes of pulper ropes. But sustainable waste management is the number one priority.

Until recently, the complex metal and plastic pulper rope waste was sent off-site for specialist handling. However, a desire to further close the loop on its ‘green’ approach – whilst saving money in the process – saw VPK research the shredder marketplace for its own machinery.

A shortlist of three potential suppliers was drawn up, including Austrian-headquartered UNTHA. The tender stipulated that a turnkey solution was required to process 5,800 tonnes of pulper rope waste per year at the Dendermonde (Belgium) site, and a virtually identical machine would be needed to tackle 4,500 tonnes in Strasbourg (France). 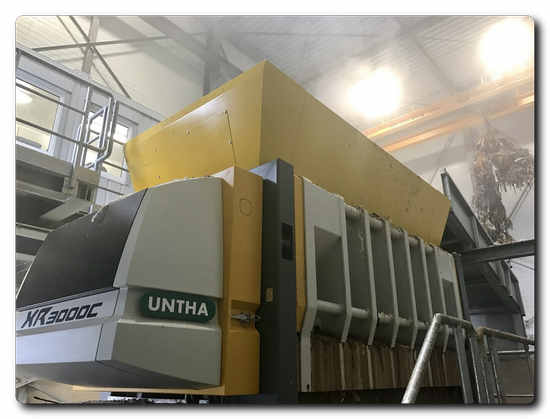 UNTHA’s client proposal included a visit to a reference site in Istanbul, where a very similar application with the same shredding technology is in place. VPK’s process technologist Ann Deschildre explained that this proved a crucial deciding factor: “We were extremely impressed by both the professionalism of the UNTHA team and the capabilities of the turnkey package. The client also spoke highly of the service provision and we could see for ourselves that the single step process made light work of this heavy-duty waste.”

Discussions continued and UNTHA’s sophisticated yet simple design was selected. 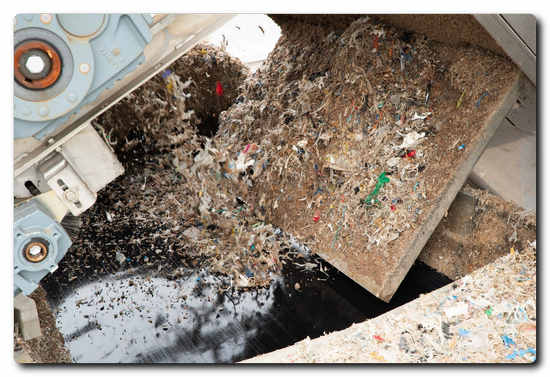 The XR processes the complex waste at a rate of five tonnes per hour and a 50mm screen ensures a homogenous particle sizing. The shredded fraction then exits the machine via an enclosed horizontal conveyor with internal and external scrapers for easy cleaning, before travelling up an elevated conveyor to an electro-magnetic FE-separator.

Here, the liberated metal wiring is extracted for onward sale and recycling, with the resulting material forming the ideal SRF specification for VPK’s own Waste to Energy generation technology. The SRF passes along a final horizontal conveyor where it drops into a bunker to be fed directly into the WtE plant. A level detector senses when the container is at 70% capacity, at which point the conveyor auto reverses so that excess fuel can instead drop into a storage bay for later use.

Commenting on the nature of the application, UNTHA’s sales manager Daniel Wresnik who was responsible with the earliest dialogue with VPK said: “Here we are talking about a very tricky material, partly because no two grabs of pulper ropes are the same. The metal wire could be 6m in length, or more, and of course it is encased with tough, wet plastic fibre which can soon turn from a sludge to a cement-like consistency as it dries. It is extremely undefined in its nature.

“To process this 1:3 metal and plastic waste, we’ve configured the XR so that it has the highest possible torque on the shaft and can ensure the necessary performance without operating at high speeds. This protects the safety and energy efficiency of the shredding process, whilst avoiding unnecessary wear.

“The technology itself is incredibly sophisticated but from an operational perspective we’ve tried to keep everything as simple as possible. In fact, only one VPK operator mans the line, which speaks volumes.”

VPK’s Group Energy & Environment Johan Dhaese added: “At tender stage our target for Dendermonde was 5,800 tonnes of pulper waste shredding per year, to be treated during daytime working hours only, but early indications suggest we’re going to exceed that, which is fantastic news.

“We have remote diagnostic capabilities via the GSM-connected SRC panel should we need to seek advice on rotor speed or ram adjustment performance, which gives us added peace of mind. But so far, everything is going to plan.”

The complex nature of the input material was not the only challenge with this Belgian project. The footprint of the turnkey package was originally designed to sit outside in the open air. However, further research indicated the benefits of enclosing the line, which resulted in the construction of a 180sqm building to house the system. Adjustments therefore had to be made to the height, angle and lengths of the conveyors, and the shredder even had to be lowered into the building using a 100 tonne crane before the building’s roof was installed.

And Johan Dhaese is delighted with the result. He continued: “Of course we could have continued relying on the services of an external partner to separate the metal and produce our alternative fuel. But by bringing the process in-house we’re reducing the carbon impact of unnecessary waste transportation, saving money and further closing the loop of our circular business model. It is a fantastic outcome.”

The turnkey pulper rope shredding line at VPK’s mill in Dendermonde, Belgium as well as the shredder machine at the Blue Paper mill in France are almost identical. VPK has purchased the two turnkey packages outright with an extended warranty package inclusive of service inspections provided by UNTHA’s Austrian engineers.