Domestic electricity for 45,000 homes for one year. That was the total excess from Södra’s own electricity generation according to new figures from 2021.

With efficiencies, investments and industrial development, Södra is maximising the value of its members’ forest products, as well as the by-products.

New figures show that Södra’s pulp mills at Värö, Mörrum and Mönsterås generated 1,790 GWh in 2021, corresponding to nearly 120 percent of the Group’s annual electricity needs. This means that Södra generated nearly 260 GWh of excess electricity during the year, which was distributed through the local electricity grid and added to the electricity supply in Götaland.

The excess electricity corresponds to the total annual consumption of domestic electricity for 45,000 homes, based on figures from Statistics Sweden*. 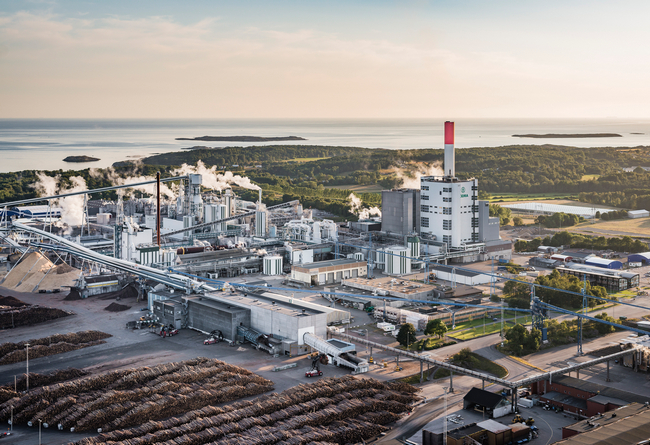 “Electricity generation at Södra’s pulp mills creates three major benefits: our members get more value for their forest raw material, our production is robust, and we are supporting our local communities with a continuous supply of green electricity. Electricity generation has played a particularly important role during the winter, when energy prices could otherwise affect the stability of production in our mills,” said Henrik Brodin, Head of Energy at Södra.

Making use of a by-product
The electricity from Södra’s three pulp mills is a product of resource efficiency. It is mainly generated by using the energy in black liquor, which is a by-product of the pulping process. From this energy, steam is produced that is used to drive the turbines which, in turn, generate electricity. There have been turbines at Södra’s pulp mills since 1958 and they have been improved in line with development. Södra currently has a total of nine turbines in operation.

“It is important for Södra to be self-sufficient in electricity. Our production processes require a lot of energy, and by using turbines, we are taking our responsibility for energy and much more. The energy business has been a priority for Södra for many years, and will remain so. The key to a strong energy business is to always maintain a central focus on energy and resource efficiencies. We will continue to invest in our energy efficiency,” said Andreas Martinsson, energy strategist at Södra.

In 2021, Södra Cell Värö generated 770 GWh, while Södra Cell Mönsterås generated 680 GWh and Södra Cell Mörrum accounted for just over 300 GWh. In addition to electricity, Södra delivered nearly 4 TWh of solid biofuels to power plants in electricity price areas 3 and 4 and delivered excess heat from its processes to the district heating networks of Varberg, Karlshamn and Mönsterås.

*According to figures from Statistics Sweden, normal electricity consumption for a home that does not use electricity for heating is about 5,700 kWh per year.